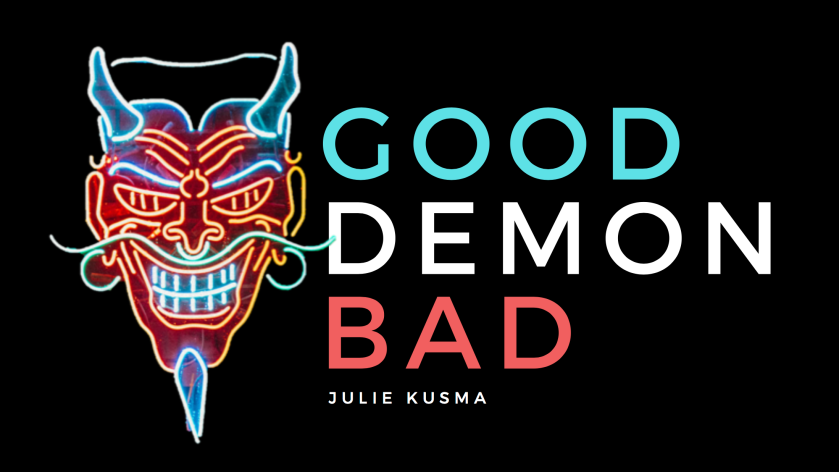 He glanced around for talismans, crosses, or other protective things. Not that they held any power; he just liked collecting them. Souvenirs.

“I suppose you’ve heard of Stockholm Syndrome?” He paced at the foot of her bed. “You know, when the captive develops a bond with their captor. Unnatural and unfathomable to most, because they have nothing to compare. Out of their wheelhouse, so to speak.”

He glimpsed at the girl and continued his discourse, although she remained asleep.

“I argue, everyone has had similar experiences, and each more delicious than you might think. Thick in layers, this truth is buried and hidden away.” He took the footboard in hand and caressed the wood. “We all lie to ourselves.” He stopped at the corner of the bed. “We love the very things that constrain us. One soon forgets they’re imprisoned, their adoration so deep.” He gave her a moment to contemplate his words because he longed to keep this one—this girl.

His brethren had experienced this sublime devotion with a few of their captures. Yet, he had never mastered his own urges. Impetuous, he always gave in to his whims despite all attempts at self-restraint. He moved along her bedside and gazed at her porcelain-like skin. Drool seeped from her parted lips. With affection, he wiped this moisture away with the loose end of her pillowcase.

“Rather funny, the illusion of security. Of course, I mean that in a peculiar way. Like how one feels safe inside their home each night, nestled in their beds. While on the other side of mere wood and drywall, snakes slither, spiders crawl, and cute little rodents squeeze through the tiniest spaces and skitter within your walls.”

She didn’t wince when he seized a lock of her hair, which rested on her bare shoulder. He twirled the silken strands between his hideous fingers.

“Don’t you believe me?” He released the curl. “You don’t have to. No need. In fact, I prefer you to trust that you are safe.” He grinned at the ease with which he moved about when no one suspected his nearness. His eyes rolled back, and a sharp gasp drew his heightened desires back inside his chest.

He leaned closer, and his breath raised the hairs on her neck. Brazen, he had in the past, ran a lone fingernail down a pallid arm’s length. Or swept the bangs from a sticky forehead. Once, he remembered, he had kissed the lips of a slumbering mate. The unfortunate victim’s eyes popped wide, and the memory of this exhilaration, even now, made him quake.

“Did you know, each night, your brain paralyzes you in your sleep?” He sat, his hindquarter against her, but she didn’t stir. “I won’t bore you with the details, but your body does this. To protect you, I suppose, but not really true.” You’re vulnerable. “How horrible when caught in the phase.” Defenseless.

He stood and stepped a few feet away because his entire being ached. A little distance needed to slow the pace. Mainly for himself, but he wanted this for her, too— his latest beloved.

“If you wake before your brain turns this mechanism off,” he continued, “you will, for a brief moment, comprehend total and complete isolation. The abandonment of everyone near.” They’ll never know I was here. “Betrayed by your own body.” In the darkness, you sense my presence and want to scream. He closed his eyes and relished this sensation.

Her body jerked with a sudden awareness like in a dream. You’re on an enormous cliff. The wind shifts, you stumble forward, teeter precariously on the edge, and your body reacts with a hypnic twitch.

“Forget the Boogeyman, the monsters under beds, and the ominous closet shadows. Oh, I’m not saying they aren’t real. Sure, anything is possible.” I dare you. Take a look-see. He nudged her. Oh, not now? Maybe later? How about at first light? Will you find bravery then? He didn’t believe so. “There are far worse things to fear than these.”

He uncovered the bed sheet from one foot. Her thin, delicate toes each bore polish of persimmon pink. Her heartbeat steadied, but he knew she listened. Not consciously, of course, but the subconscious recorded everything. He could leave, and in the morning, her desperation would try to reason it all away. A nightmare she would say.

Irrational fears, false perceptions, and distorted thoughts twisted around her. An invisible spiral of self-defeat, which, even at her young age, strangled her. Transfixed by these stunning auric ties, he wondered how difficult it was for her to breathe.

Few reject common-held beliefs. They cleave these contradictions close to their hearts, believing in what they see, and dismissing all they cannot. Craving to be loved, yet the fear of rejection, immobilizes the simplest of actions that would lead to any companionship. But I’m here, and I yearn for you. Every last bit, I will love and savor.

The large toe of her bare foot wiggled and inspired him to slide the white cotton sheet away. He gripped the edge, and like a magician’s tablecloth trick, whipped the entire piece of cloth from her body. His mouth opened, and his breaths deepened.

Delicate flowers, both pink and blue, scattered like stars across a night sky. Chaos at first sight until the fabric’s pattern emerged. He laughed to himself—nothing’s random. Every thought, every action, every choice had led him to her, and she to him.

Like an incubus, he could take her and quench his thirst, but he had no faith in his ability to contain his own savagery. She would be dead before his dismount. He would find himself drunk with lust, and her blood splattered across the room—the same scenario as the last and the one before that. Stick with the new plan he told himself.

An old trick was up his sleeve. He would carve his sigil across her breast. With a few archaic words, she’d be under his spell. The last resort for most, perhaps, but he loved the ancient tongue and had abandoned all control of himself long ago. He untied the front of her gown and exposed her ivory flesh.

He reined his hunger, but it pulled against his personal goal. His appetite threatened to break free and feast. “I carve my name into your chest.” He said these words, not out of the politeness to forewarn, but as part of his demonic hex.

The pointed tip of his index nail sliced her skin open. Deep crevices formed, and the design filled with droplets of crimson red. She wriggled and writhed through the conclusion of his primeval commands.

With two fingers, he pressed against her third eye and whispered for her to awaken. To his delight, her eyes flashed open. One of his favorite parts, when first seen, was the utter disbelief displayed by his victims. Their brains scrambled to make sense of something unbelievable right in front of their face.

She stared into his yellow eyes, but her body offered no movement.

“Oh, don’t look at me that way. It’s not like I’m a do-gooder gone bad or anything.” He sensed her mind struggle with the acceptance of this reality. “Don’t judge me. We all have demons. Mine are just on the outside, while yours are neatly tucked inside.”

Her mouth contorted, and her eyes grew disturbing and huge. Both hands contracted into grotesque claws. Her feet pitched forward in unnatural points.

“There you are, shadow and friend. I’ve seen you before. That’s why I’m here.”

Her back arched, and her belly raised. With the lift of his hand, he directed her up, and she floated inches above her bed.

“Go ahead, profess your love for me like you do for your pride. Worship me like you do the story written in your own head. Of your plight and hardships, no one else has ever borne.”

Her gown, barely still in place, hung from her frame as she struggled against his diabolical force.

“You’ll embrace this if you allow yourself.” He strolled to the end of the bed.

Terror-stricken, she glared at him.

He plunged his hand down and sent her crashing to where she had slept. “Soon you will realize, if you don’t, I’ll never leave. I’ll come back every night and torment you in your sleep.”

She gave her answer in a blood-curdling scream.

He replied with a pounce and ripped her apart. It was the way these things always ended. Good Demon. Bad.

No part of the material presented on the website may be modified, adapted, copied, reproduced, or duplicated in any manner without written consent from the author.